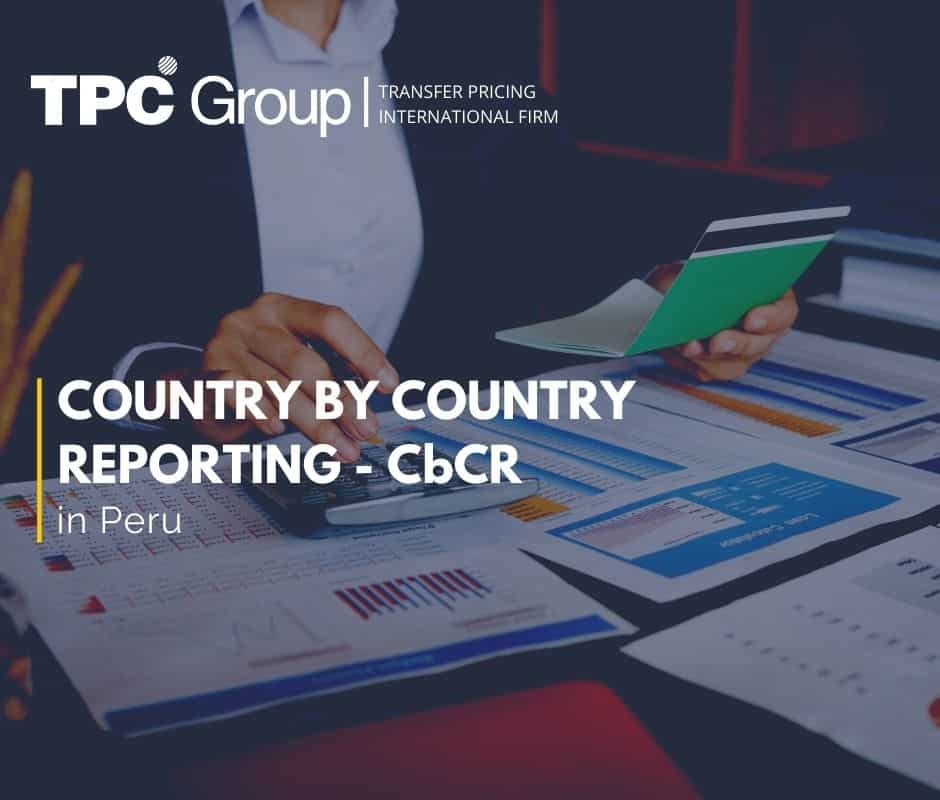 The Country by Country Information Statement in Peru

Since 2017, Peru has incorporated within its transfer pricing legislation the Country by Country Information Affidavit.

The introduction of such statement in the transfer pricing regime has come together with the incorporation of two additional statements, such as the Local Report and the Master Report.

The reason for these modifications in the formal obligations in this matter is the result of the alignment that Peru has been making, with respect to the approaches indicated by the Organization for Economic Cooperation and Development (OECD) in its Action 13 of the BEPS Plan (Base and Erosion and Profit Shifting).

The aforementioned Action proposes up to three levels of transfer pricing documentation, having as a third level the Country by Country Report (Cbc Report), which is of utmost importance since it allows the Tax Administrations of different jurisdictions to know, through the exchange of this report, which are the entities that make up the multinational groups and the income and taxes paid by them.

With this information, the Tax Administration will be able to verify that these groups are not eroding the tax base in their jurisdiction and transferring profits to others.

In relation to this, the purpose of this article is to clarify certain questions that may be raised by the taxpayer, with respect to this obligation which is relatively new in Peru.

Who are the subjects obliged to present the Information Return Report Country by Country?

In accordance with paragraph g) of Article 32-A of the Income Tax Law (LIR) and paragraph a) of Article 116 of its Regulations (RLIR), the parent company of the multinational group is obliged to file the Informative Affidavit Country by Country, provided that they comply with the following requirements:

Likewise, the norm indicates that the entity that is part of the multinational group, domiciled in the country, may also be obliged to make this declaration, provided that the consolidated income of the group in the previous taxable year is equal to or greater than the threshold indicated above and this is in one of the following cases:

In case several entities domiciled in the country, members of the multinational group, are obliged to file the Information Return Country by Country, is it possible that only one presents such Report?

The term to file the indicated communication will be until the last working day of the month prior to the one in which the informative return is to be filed, in case it is not done, each of the domiciled members of the multinational group will be responsible.

In case the non-domiciled parent company has submitted the Country by Country Report through a member entity in another jurisdiction, is the taxpayer domiciled in the country exempted from submitting the report?

Yes, if the parent company of the multinational group has filed this Report in another jurisdiction than its own, through another entity of the group appointed as the representative parent company, the taxpayer domiciled in Peru is exempted from filing it, if it complies with the following requirements:

As for the last requirement of communication to SUNAT, it must be considered that it shall be done in writing signed by the legal representative and the communication sent by the entity, which made the Country by Country Report, to the Tax Administration of its jurisdiction, indicating its capacity as parent representative, must be attached to it.

The term to submit the communication to SUNAT shall be until the expiration of the term to file the return.

What does the Country by Country Information Affidavit contain in Peru?

This statement will contain the identification of each member of the multinational group, information related to its income, profit or loss, declared and accrued income tax, among others.

How is the Informative Affidavit Country by Country presented in Peru?

According to the Superintendence Resolution N°188-2019/SUNAT, it is presented through the Integral System of Reception and Automatic Exchange of Information – IR AEOI System.

What is the deadline for submitting the Country by Country Information Affidavit?

Article 17 of Resolution N°163-2018/SUNAT indicates that this return will be filed according to the monthly tax obligation schedule of the month of September, which expires in October according to the last digit of the taxpayer’s RUC.

Is there any extension to the Country by Country Information Affidavit?

Yes, SUNAT has extended the deadline for filing the Country-by-country Information Affidavit, corresponding to fiscal years 2017, 2018 and 2019, in accordance with Superintendency Resolutions N°054-2019/SUNAT and N°155-2020/SUNAT; respectively.

This extension applies, for fiscal years 2018 and 2019, in the event that the taxpayer domiciled in the country, which is part of the multinational group, is the subject obliged to submit it, according to the provisions of paragraphs 1 to 3 of subsection b), of article 116 of the LIR Regulations.

Such paragraphs are related to cases in which there is no jurisdiction of residence of the non-domiciled parent company, an agreement that allows the exchange of tax information, a Competent Authorities Agreement, or there is a systematic failure to exchange information; or the parent company is not obliged to file this report in its jurisdiction.

In case of the taxable year 2017, the extension applies to the domiciled taxpayer who is obliged to file a return under the assumption of paragraph 2, subparagraph b), of Article 116 of the Regulations to the Law, which refers to a lack of Agreement of Competent Authorities for the exchange of information of the Country by Country Report.

In both resolutions it is stated that the deadline for submission is extended until the last working day of the month following the publication on the SUNAT website of the approval of the evaluation of the standard of confidentiality and security of information required by the OECD.

With respect to this, the Tax Administration has indicated that the OECD Global Forum would have already approved the confidentiality standard, but this has not yet been published on the SUNAT website. Therefore, the presentation would still be postponed and without an exact date of presentation.

With which countries will Peru be able to exchange the Report Country by Country?

Below is the list of countries, according to information published by the OECD:

Is there a penalty for submitting the Country by Country Information Statement outside the established deadlines?

Yes, the Tax Code establishes two types of tax violations related to the Informative Affidavit Report Country by Country, in its article 176.

Each one of these infractions is punished with a fine of 0.6% of the net income, with a maximum limit of 25 UIT.

Types of Tax Regimes in Mexico