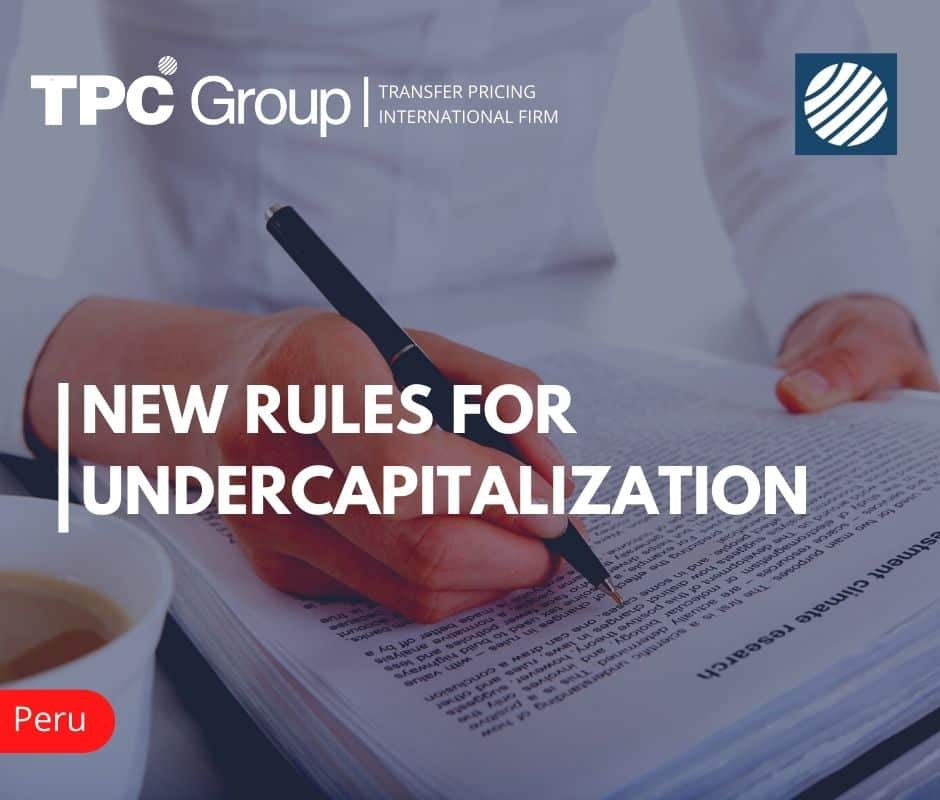 Thin capitalization rules are rules that limit the deductibility of interest expenses for income tax purposes and apply in a supplementary manner to the well-known principle of causality, establishing that, in order for an expense to be deductible from the income tax base, it must be linked to the generation of taxable income or to the maintenance of the source of production of such income. This means that in order for the interest expense to be deductible it must comply with the aforementioned principle of causality and not exceed the limit of undercapitalization.

Until 2018 these rules applied only in the case of interest on loans acquired with related parties, understood as such, to companies’ part of the same economic group and it was considered that they would only be deductible for the part of the loan that was not greater than 3 times the net worth of the Peruvian entity at the close of the previous fiscal year (under-capitalization).

As of 2019, a new limit is introduced on the deductibility of interest on loans acquired from independent third parties as of September 14, 2018, to which the 3:1 ratio provided for loans with related parties will be applied until December 31, 2021.

Therefore, loans from banks or commercial loans in general are considered part of the thin capitalization limit.

In this sense, two limits may coexist until December 31, 2021 for loans from independent third parties: (i) for loans acquired until September 13, 2018, only the loan will be required to comply with the requirement of the principle of causality in order for its interest to be deductible and (ii) for those loans acquired as of September 14, 2018, the deductibility of interest will be provided that, in addition, it complies with the thin capitalization requirement for related parties.

As of January 1, 2021, interest on all types of loans, whether contracted with related parties or independent third parties, will be deductible provided they do not exceed thirty percent (30%) of the previous year’s EBITDA. Furthermore, the possibility of deducting those net interests that could not have been deducted in the fiscal year because they exceeded the aforementioned limit is incorporated within the four (4) immediate following fiscal years, being subject to the limit as established by the Regulations.

If after the four (4) immediate following fiscal years it has not been possible to deduct such interest, its deductibility will be lost.

Is It Necessary to Suspend The Thin Capitalizacion Rules?

In our opinion, although there are exceptions to these rules -for example, indebtedness for public infrastructure projects, indebtedness resulting from the issuance of securities that are made by public offering and some others-, we consider these new rules extreme, since the so-called safe harbors that usually come with this type of rules have not been adopted.

In addition, it is of vital importance that the government suspends the rules, today more than ever, companies need to finance themselves to move forward with their business, which in turn generates new jobs and reactivates private investment and consumption. In addition, next year the limit for the deduction will be considerably lower, as the EBITDA of the companies will be clearly affected.

PrevAnteriorWhat should you take into account to create accounting policies according to IAS 8?
SiguienteThe Cash Flow Statement in accordance with IAS 7Next 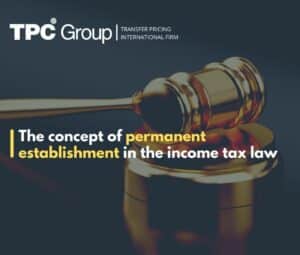 The treatment of the Permanent Establishment (hereinafter PE) is, perhaps, one of the most important points in international taxation, because when a non-domiciled subject does 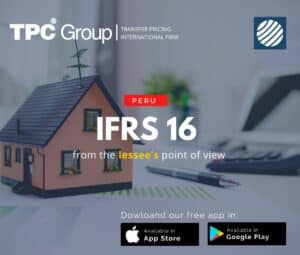 IFRS 16 from the lessee’s point of view

IFRS (International Financial Reporting Standard)16 establishes the guidelines to be followed for the recognition, measurement, presentation, and disclosure of leases, both as lessor and lessee. 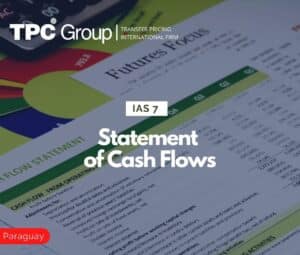