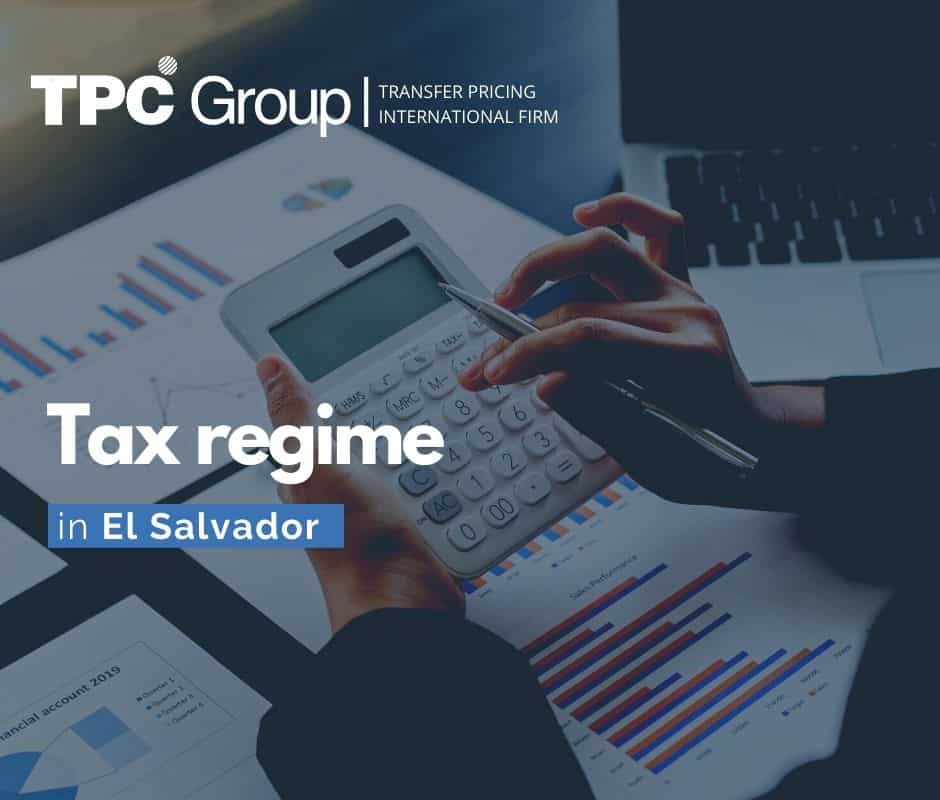 The tax regime in El Salvador

El Salvador, unlike other countries in South America or Central America, has not established special tax regimes for types of taxpayers, i.e. in this country there is no specific regime for small and medium taxpayers or any simplified regime.

Therefore, all companies must pay their income tax under the same conditions and rates, with a difference in taxation only in the case of individuals.

The purpose of this article is to briefly describe the tax regime to which taxpayers are subject with respect to their income subject to income tax.

The taxpayers, companies, according to the Income Tax Law are subject to a tax rate of 30% of the current income.
According to the provisions of the Law, the taxable base to determine the tax will be net, that is to say, after the deductions of costs and expenses that are necessary in order to maintain the productive source.

It should be noted that both income and expenses are governed by the accrual principle, therefore the taxpayer must declare the income even if it has not been collected, and in the case of expenses, these must be deducted in the tax period in which they are incurred, not necessarily being paid.

The tax period consists of 12 months from January 1 to December 31 of a given year.

All expenses considered necessary to produce or generate taxable income, as well as to maintain the producing source, for example salaries, water, electricity, administrative expenses, among others, may be deducted.

Companies must pay an advance tax payment during the year at a rate of 1.75% of the gross income obtained, which will be applied to the annual tax.

On Income Tax on Profit Sharing

The Income Tax Law states that profits distributed to shareholders or partners will be subject to a 5% withholding by the company.

Regarding individuals, the law establishes that income earned in the country and in general any income that is considered to be of Salvadoran source will be taxed.

Taxpayers will be subject to a progressive scale according to their annual income with rates of 10%, 20% and 30%.

Gross income, that is to say, the total remuneration for personal services rendered in the country, whether in cash or in kind, will be considered for the taxable base.

Among the main deductions that individuals can make are those related to the deduction of annual social security contributions, deduction of education expenses, medical expenses, among others.

The tax return must be filed by each taxpayer with the Tax Administration in April of each year following the fiscal year to which the return corresponds.

The Importance of IFRS in Accounting in El Salvador

The Cash Flow Statement in accordance with IAS 7