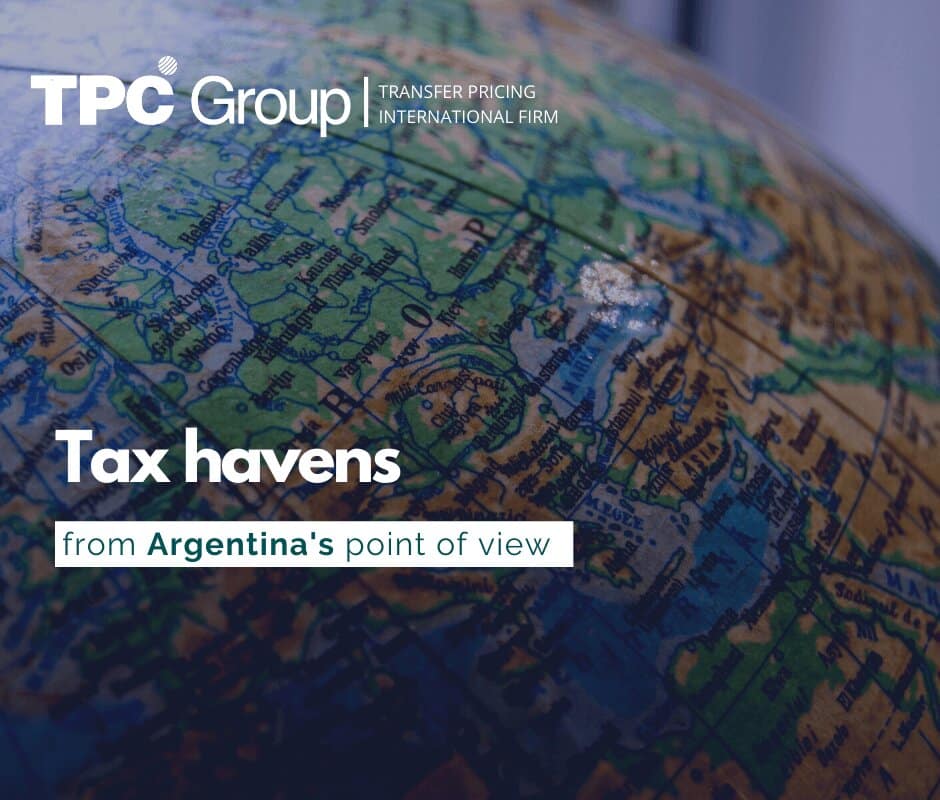 Tax Havens: A View from Argentina

The term tax haven or its meaning in English “Tax Heaven” has been in trend for several decades, however it has had its peak with the unveiling of the Panama Papers, in the year 2018.

Although the various Tax Administrations and international organizations, such as OECD (Organization for Economic Cooperation and Development) have fought against them because they usually represent a tool that helps to avoid taxes and money laundering of millions of dollars thanks to their lack of fiscal transparency; the truth is that in spite of this, they are still used in the aggressive tax planning of many multinational groups through offshore companies located in these territories.

For this reason, many tax regimes have incorporated specific rules regarding the treatment of operations carried out by their residents with companies domiciled in some tax haven, such as transfer pricing rules or international tax transparency rules.

In the case of Argentina due to the economic crisis, the great tax pressure of this country among other factors that are taken into account by entrepreneurs in order to pay taxes, many of them have seen as an interesting offer to territories or countries considered as tax havens.

What are tax havens and what are their characteristics?

Tax havens are countries, jurisdictions or territories in which tax rates are low or almost zero.

According to the OECD, they have the following characteristics:

What is the definition of tax haven provided by the Argentinean legislation?

Articles 19 and 20 of the Income Tax Law establish the definition of non-cooperating countries or territories, as well as those considered as low or null taxing.

Those who do not have a tax information exchange agreement or a double taxation agreement with Argentina, which stipulates a clause regarding the exchange of information, will be considered as such.

They will also be considered as such, when having these agreements of information exchange is not carried out in an effective way.

It should be noted that these agreements must comply with international standards regarding the exchange of tax information.

Likewise, the Executive Branch may indicate a list of the countries or territories considered as such, according to the characteristics indicated in previous paragraphs.

It is called as such those countries, jurisdictions, domains or special regimes that have a maximum business taxation that is lower than 60% of the rate or aliquot indicated by the Income Tax Law for the same income.

Is there a list of non-cooperating countries or territories in Argentina?

Yes, the list of non-cooperating countries or territories is as follows:

What is the treatment of operations carried out with subjects in tax havens in Argentina?

As indicated above, transactions carried out by a resident in Argentina with any entity domiciled or located in a non-cooperating or low or non-taxable country or territory should be analyzed according to the transfer pricing rules.

Therefore, such transactions must be at market value.

Application of IFRS 10 in Argentina

The tax regime in Honduras