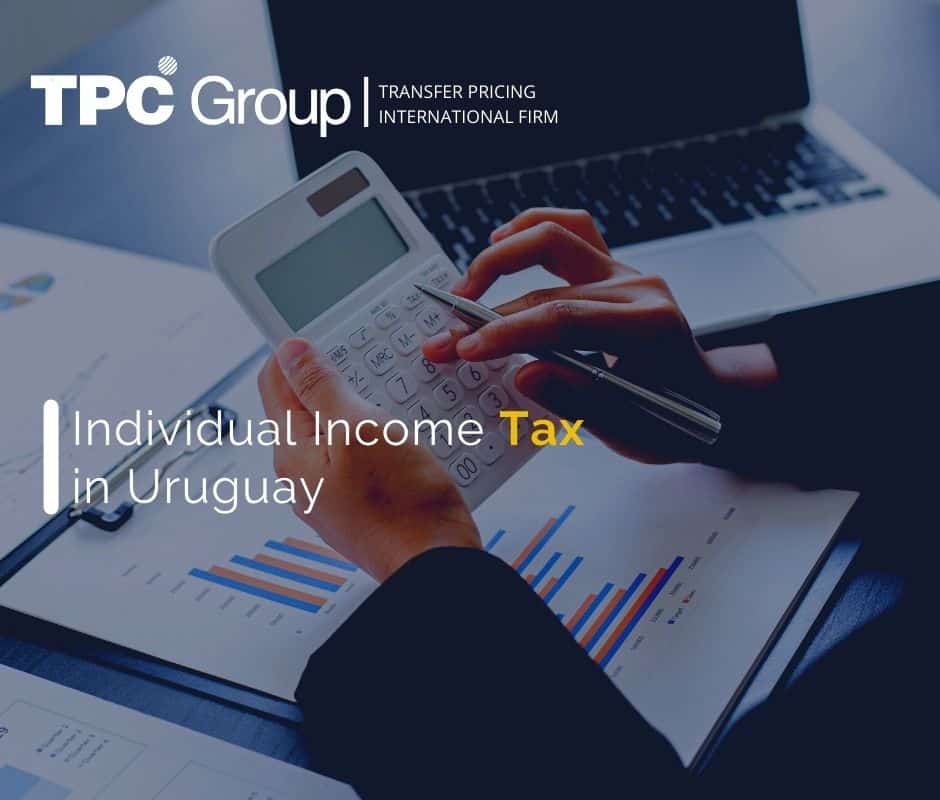 What is Individual Income Tax (IRPF)?

Individual income tax is an annual, personal and direct tax. This tax is levied on Uruguayan source income obtained by individuals.

What are the categories of IRPF?

Individual Income Tax can be classified into two categories:

It should be considered that this type of categories will be settled separately.

What is the taxable income for Individual Income Tax (IRPF)?

The taxable base of this tax will depend on the categories of income indicated above, as follows:

The sum of all computable income corresponding to capital yields and income of the same nature attributed, minus the deduction of the expenses allowed by the Law, such as the commission for property management, payments for Real Estate Contribution, and in case of subleases, the amount of the lease paid by the sublessor may be deducted if it is charged to the sublessor.

What is the IRPF rate?

The rates for this tax will also depend on the type of income and category in which they are.

In the case of work income corresponding to category II, there is a scale of income brackets and rates, so that a non-taxable minimum will be considered up to 84 Bases of Benefits and Contributions (BPC).

Who must file an IRPF Affidavit?

Individual taxpayers who obtain income from work, either as a dependent or independent worker. However, those whose income does not exceed 150,000 UI per year and whose income comes from a single employer and did not opt for the 5% reduction in the advances of the family nucleus regime will not be obliged to do so.

Neither those who render services outside the relationship of dependence but who have not had any income during the fiscal year.

In case of being obliged to file Form 1102 via web.Uruguay.

The Transfer Pricing Regime In Paraguay

Tax Reform In The Dominican Republic

Asset Tax in the Dominican Republic