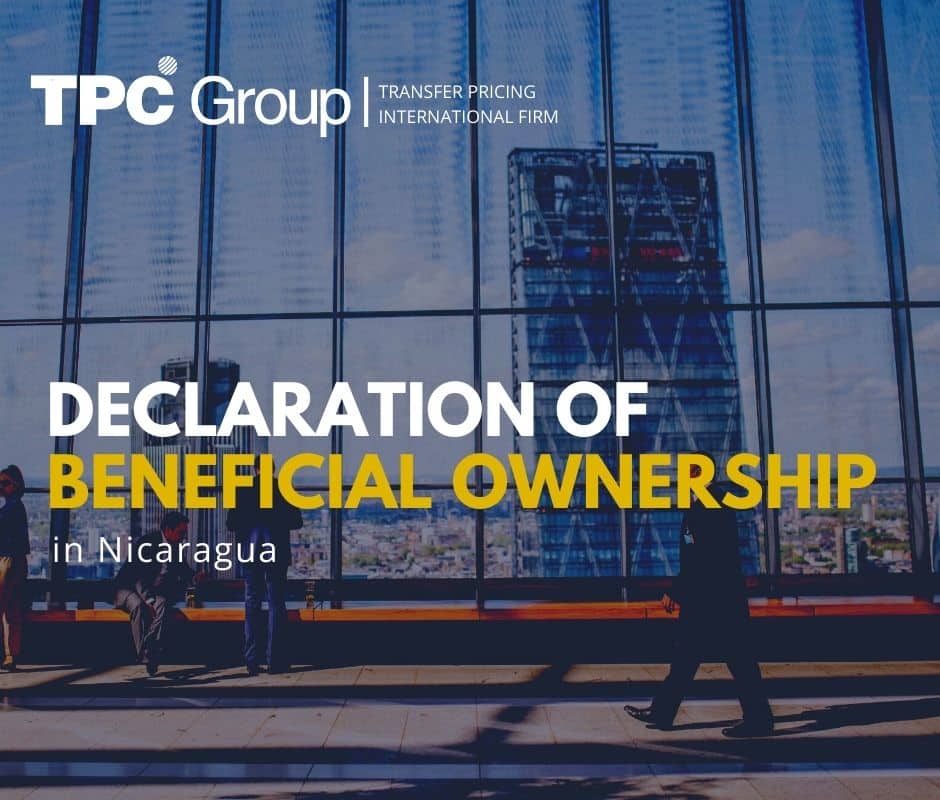 Declaration of beneficial ownership in Nicaragua

In order to combat tax evasion and money laundering many countries have adopted the recommendations of the Financial Action Task Force (hereinafter FATF) regarding the incorporation of a Declaration of Final Benefit.

The Republic of Nicaragua has not been oblivious to this, which is why in July 2018 it issued Law 977 or “Law Against Money Laundering, the Financing of Terrorism and the Financing of the Proliferation of Weapons of Mass Destruction”, a law in which the term Beneficial Owner is introduced for the first time.

However, it is only on August 25, 2020, that the National Assembly by means of Law No. 1035 published in the Official Gazette establishes the amendment to the “General Law of the Public Registries and the Commercial Code of the Republic of Nicaragua”, by which the Registry of Beneficial Ownership of Commercial Companies is introduced.

At the same time, in November of the same year, the Special Commission of Registries of the Supreme Court of Justice issued a Circular in which the operation of said Registry is developed.

The purpose of this article is to provide information on the main aspects of the beneficial ownership legislation.

Who are considered beneficial owners?

According to article 2.1 of the aforementioned Circular, a beneficial owner is considered to be the natural person on whose behalf a transaction is carried out.

It should be noted that the term ownership indicated in the regulation also refers to ownership that is exercised de facto.

The parties obliged to file the Declaration of Beneficial Ownership are all the companies registered in the Public Registries of the country.

Criteria for the Determination of the Beneficial Owner in Commercial Companies

The following must be taken into consideration:

The Registry of Beneficial Ownership of Commercial Companies has a natural administrative nature and fulfills the following functions:

In order to register in the Registry, this must be done via web, then the natural person domiciled in the country, who will provide the information of the Beneficial Owner, will be appointed.

The certification of the declaration of the Registry will be requested through the designated natural person.

The companies must register in the Beneficial Ownership Registry within 30 days after having registered in the Commercial Registry, being that in the case of already existing companies this registration will be made when the form is published online.

It should be noted that the information must be updated every 12 months, when there are modifications regarding the beneficial owner.

In case this declaration is not filed or is made with error or omission, the obliged subject may be imposed remedial measures, that is to say, a Qualification Note will be issued indicating this and the term to correct it.

In case this persists, the Registrar will issue a sanction, which may reach 1500 Fine Units when the infraction is considered “very serious”.

The importance of IFRS in accounting in Honduras

The importance of IFRS in Nicaragua?

The Importance of Financial Auditing from Colombia’s Point of View